Butterfly Trapped in a Spider's Web 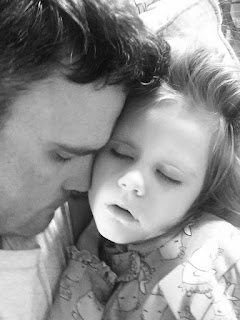 Carly has been doing wonderful for over two years since starting CBD Oil. In fact she has had great success on the oil. Myclonic seizures are non-existent, complex partials have all but gone away and her cognitive abilities have improved greatly. Not to mention her EEG has seen vast improvement.

However, Carly has been down a rough road for the last several weeks. The generalized Tonic-Clonic seizures have reappeared. For those that do not know, Tonic-Clonic aka Grand Mal, are the really tough to watch, hard on your body convulsing seizures. In my book they are the worst of the worst.

She had her first reappearance several weeks ago. As her parents we tried to stay positive thinking these were a "one and done" type of thing and they would go away. But that is not the case. The tonic clonic's are occurring just about daily and are scary as hell.

We are not taking her off CBD Oil but Sudden Unexpected Death from Epilepsy(SUDEP) is always in the back of our mind and scares us. We have been to see the team of doctors at UAB and are currently working with them to come up with a plan to stop these awful tonic-clonic seizures.

Our sweet butterfly is tangled in a spider's web but our resolve will never fade.


Posted by Dustin Chandler at 7:07 PM